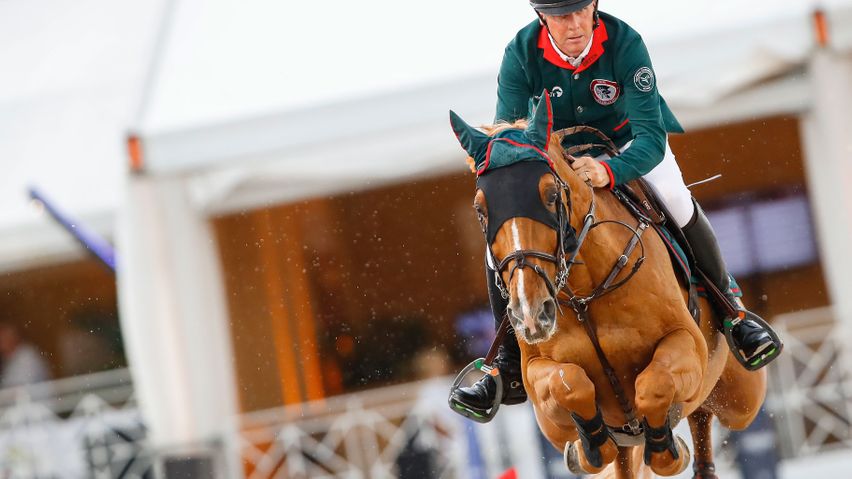 It’s been a jam-packed month for the Breen Team.

After the back of his Derby win, Shane and Ellen hit the road for three weeks following the European circuit with a team of horses. They did not disappoint with multiple clear rounds and top placings being collected at LGCT Monaco and the 3* show in Ommen, Netherlands. The star of the show really was the Old Lodge’s Haya who stayed super consistent over the two weeks, picking up 4th and 4th in the 5* 1.45 classes in Monaco and taking runner-up position in the 3* 1.45-speed class in Ommen.

The final week of July saw the team back at the Royal International Show at Hickstead where Haya kept up her phenomenal form. Entered in the Queen’s Cup, Haya took the crown by being quick and clear in the historic class. This has been the third time Shane has been able to put his name on the plaque and just adds to the very long tally of wins at Hickstead.

It has been three years since the last Royal International Horse Show and we’ve missed the tremendous sport that we get to see in England with this 5* show. All our horses stepped up to the plate in the big classes, with Z7 Regal Don flying to 4th in the 5* Royal International Vase and taking 6th in the 5* Speed Classic. Cuick Star Kervec stunned the crowds with his incredible scope and talent to land on the podium with 3rd in the 5* 1.50 Royal International Salve. However, it was the return of the Nations Cup which had everyone’s attention with 8 star-studded teams entered to battle it out in the International Arena. Shane and the up-and-coming stallion Vistogrand were selected for Team Ireland and the beautiful black horse made his 5* Nations Cup debut in style. Making light work of the difficult course, ‘Visto’ and Shane jumped an incredible clear in the first round and a small green mistake in the second round led them to finish on a score of 4 faults. Although it wasn’t Ireland’s day, it was an incredible day of sport and we couldn’t be more thrilled with how Vistogrand performed. Congratulations to France for the win!

We were also very excited to launch our first ever auction collection over the week of the Royal. We have offered 12 exceptional horses for sale, with a horse in the auction for everyone! These fantastic horses jumped multiple clear rounds at the Royal, but also picked up some top placings. Z7 Porshce jumped incredibly in the 7-year-old classes all week to come 4th in the Final, whilst BE Blue picked up her Championship qualification for the Foxhunter Final at the September show by flying to 2nd place. Cinderella Z also took 3rd in the 7-year-old National classes whilst Rivell PS repeated the result in the 5-year-old National. We couldn’t be prouder of how these horses performed, with these placings solidifying our knowledge that they would be welcome additions to any string.

A huge thanks to all of our team, owners, and sponsors who make this possible!